What are Family Constellations? 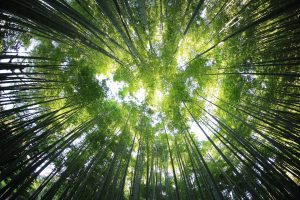 Family Constellationsis a direct and powerful method to reveal and resolve conditionings and unconscious dynamics from our family of origin – hidden mechanisms that keep us from living our destiny to the fullest and that have repercussions on all aspects of our present life. Our parents, grandfathers and ancestors still live within us – often we unconsciously live parts of their destiny by repeating their emotions, guilty feelings and negative life-situations, while believing them to be ours. Systemic Constellations are the application of the method to business companies, schools, organizations and sport teams.

Born from the work of Bert Hellinger and other therapists, Family Constellations reveal the existence of the so-called orders of love, hidden dynamics of loyalty that are often at the roots of sickness, conflict and (co)depedency. These dynamics create entanglements, ie invisible mechanisms of loyalty by which we tend to replicate, without our knowledge, parts of an ancestor’s destiny (be it a grandparent, an uncle or other family members) even if we have never met him and often without even knowing of his existence.

Becoming aware of entanglements and other hidden dynamics through a family constellation is the start of a powerful liberation effect. Quite often, this greatly helps the reconciliation of up-to-then old and unresolved family conflicts, giving peace, serenity, and a sense of meaning to our lives.

How do Family Constellations work?

Family Constellations can be practiced in an individual session, but they express their greatest potential in group workshops. During these seminars, participants usually sit in a circle, leaving a space in the middle – that’s where the constellation (or representation) is going to happen. When a participant feels like it, he or she will propose a theme related to his life, for instance his relationship with a parent or partner, an apparently unexplainable emotional block or his being unable to drive a car or fly on an airplane.
At that point, the facilitator or practitioner (constellator) holds a brief dialogue with the participant who proposed the theme (protagonist or main character), concentrating on the composition of his family system and on the events which occurred to it and within it, even in the distant past (for instance accidents, separations, premature deaths, migrations, abortions and miscarriages, participation in wars, etc.). Instead of what usually happens in many psycotherapeutic practices, the focus is put on facts that occurred and not on opinions and interpretations. This is in line with the phenomenological approach of Family constellations – reality for what it is.
Then, the facilitator invites the protagonist to choose a few members of his family of origin or of his present family, choosing representatives from the people in the room – whom usually don’t know each other. For instance, he will choose a representative for himself, one for his mother, and one for his father. The choice is made through intuition and body awareness, and never through reasoning. The protagonist then sits down and witnesses the development of soul movements on stage. In fact, from that moment on representatives have access to emotions and even to physical sensations belonging to the people they are representing – a phenomenon that is possible through what English biologist Rupert Sheldrake defined morphic resonance.

Letting themselves be guided by the forces they are perceiving, representatives start moving around or freeze on stage, and may feel strong emotions, have something to say, feel they don’t belong, and so on. Quite often the protagonist will recognize they are speaking or acting exactly as the real persons of his family – even though, as we said earlier, they never met them, and even if they are not alive anymore.

By observing verbal and non-verbal language, words being spoken, and through subtle perception of the conscious field that arises in the room, the practitioner works in order to facilitate awareness in the protagonist regarding hidden dynamics that create disharmony in the family. The practitioner can then change the position of representatives, propose sentences to be said, insert new characters representing other family members – and even abstract forces (like love, hate, beauty, etc.), mind shapes or forces from the collective unconscious.

Having the chance to witness a representation of your own family from the outside turns then into a sort of tridimensional meditation. You are then able to become aware of the real nature of deep problems and conflicts that often are passed down from one generation to the next. This allows you to see the conditiong and free yourself from it, taking possession of your own destiny and starting to live your life instead of somebody else’s. This is a very precious opportunity, because very rarely in life we have the chance to see our family system from an outside, neutral position. Instead, we’re usually so involved in our family’s dynamics that all we do is living our own mind’s movies like slaves. Even more often, we’re unable to actually be in touch with our own deep feelings and just communicate words from our mouth, and not from the heart. We think, for instance, that somebody is angry at us, while in reality he isn’t.

The healing and awareness potential of even a single constellation can be huge and immediate, or develop for weeks and months, and even years after. The constellator’s role is to serve the client’s family system, putting himself in a position that creates a protected space where the client and his system are able to express their deepest parts.

Another great opportunity given by Family constellations resides in the fact that everybody in the room works on himself, even participants who don’t stage their own constellation. Often they’re able to become aware of their family’s entanglements and hidden dynamics in the light of other people’s constellations. This phenomenon is similar to the one we experience while watching a movie or a theatre show and we get moved by identifying ourselves with the various characters in the story – recognizing part of our story in theirs. In reality, each story and each family system have something to teach us on a deep level. Almost always, it’s not by chance that somebody is chosen to represent somebody else’s family member – in that way, he’s given the opportunity to experience a part of himself he cannot see or doesn’t want to see. By this, a greater awareness process and inner transformation are put into motion.

“Staging our family’s story is of great help in resolving inner conflicts and to live our destiny to the fullest.
We should be able to accept reality as it is, without regrets, without desiring it to be different. In this way, even the most terrible events in our lives can turn into peace and strength.
We’re being possessed and conquered by all we refuse. All we respect and integrate, sets us free.” Bert Hellinger

Family Constellations are not psychotherapy, but a work through energy and Spirit. The method is an effective tool for the awakening of consciousness which is more and more widespread throughout the world. Different elements contributed to their birth by Bert Hellinger, and they are continually being developed by a great number of constellators worldwide. Among experiences that contributed to the initial stages of Constellations work, there are Arthur Janov’s Primal Therapy, Gestalt, NLP, R. McClendon and L. Kadis Family therapy, Jacob Moreno’s Psicodrama and Virginia Satir’s work. Great importance had the teachings Hellinger received while working as a Catholic missionary in South Africa among the Zulu people – in particular, the fundamental human need to be in tune with forces of Nature. This last contribution, overseen by many, is in our opinion of fundamental importance, highlighting the fact that Family Constellations represent the return of tribal and traditional peoples’ ancient and (very much) needed knowledge on the way human and natural systems work and thrive (or can die) on planet Earth.