For millennia, human beings have been using steam to heal and purify themselves, and to get back in touch with thelmselves and with the subtle forces of the worlds around them. Almost all ancient traditional and tribal cultures used steam for these purposes, and some still do – Native Americans (the Sweat Lodge in its various forms and shapes), Finnish (sauna was originally a sacred ceremony), Celts (the Irish sweathouse), Aztecs (Temescal), ancient India (the ayurvedic swedana), Siberians, ancient Romans (the termae), Japanese (onsen), Arabs (hammam), and many others.
Click here to admire beautiful images of Irish sweathouses still in use in a few counties on the Emerald Isle until the XIX century.

The Sweat Lodge ritual was given to me in 1998 during a traditional ceremony by a Navajo medicine man. Since then, I’ve been doing it at least once a month. In my life I’ve had the honour to participate in Sweat Lodges from various Native cultures – among them Blackfoot, Lakota, Stoney-Nakoda, Apache, and Tsuu T’ina. Since my practice is based in northern Italy, I’ve integrated this rite with the Spirits that come in the lodge when we pray on our land – as it was taught of me since the beginning. So some aspects of my ceremony come from the ancient Celtic culture of my Ancestors, without forgetting in the first place the Native American people from where the Sweat Lodge comes from. The Sweat Lodge and all other ceremonies and rituals were banished by law in the United States and Canada at least until 1962 and over. Many paid with jail and in many other ways the underground practice of their own traditional spirituality.

Darkness, steam, fire and water, the contact with the Earth and with natural elements, sacred chants and prayers, the opportunity to express feelings and emotions and to let go of fears and anxiety… the Sweat Lodge is all of this and much more. It is beyond doubt a precious gift in our hectic modern life, even much more than it was in the past.

The Sweat Lodge can be extremely useful in order to resolve soul loss and traumas of all sorts. In particular, it can be of great help in resolving birth trauma, since inside the Lodge the environment is warm, dark and humid as it is in a mother’s womb. In fact, going into the Sweat Lodge is going back into to the womb of our real mother, Mother Earth.

If you are honest, respectful and sincere in your quest, in the Sweat Lodge you have a hance to be born again to a new life, purifying your physical body of toxins, making peace with the Creator and your mind, and reestablishing contact with your own Soul, the Ancestors, the Spirits of Earth and Sky. The Sweat Lodge is also a place where you can (re)learn how to pray in a direct and spontaneous way, from your heart. 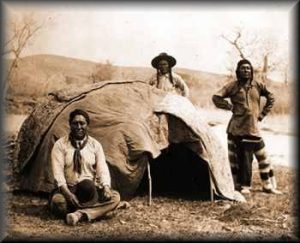 Please dress comfortably and cover yourself well. Bring a towel. A swimsuit for men, a swimsuit or a long, light dress for women. You can bring a food offering (no alcool) and/or a tobacco offering (pipe tobacco, cigarettes, sigars) to the Spirits and the Ancestors. You can bring your car- or home keys, the picture of your dear ones (only people who are alive), a necklace, one or more objects to be purified and blessed. No alcool or drugs allowed. Not allowed to participate if one is under the effect of substances.

It’s not possible to participate for women during their menstruation (moon). This is not a discrimination towards women. On the contrary, in most tribal cultures women are considered more powerful than men, also because once a month they are able to purify themselves through the menstrual cycle, which is linked to the moon cycle. The energy of the moon cycle is very powerful and should not be interfered with, because it could cause harm instead of good things. Once, women belonging to the same tribal communities all had menstruations at the same time, as it still happens with sisters or women who are emotionally close to each other. By some Native American peoples, during their moon women would retire and practice their own ceremonies, unknown to men. When they were deeply connected to Mother Earth, women didn’t even need to sweat in a lodge. In fact, among some people this rite is done only by men.

Participation is by minimum donation. All the money will be entirely donated to various causes (preservation of Native American sacred sites, teaching  of Native languages in the US and Canada, as a donation to poor families in Italy and worldwide, to charities and ONGs like Amma’s Embracing the World). In this way, by participating you will do something good for others, not only for yourself! 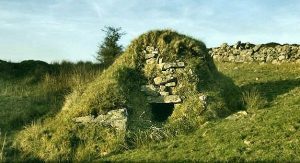